Cameron and Clegg Must Step Up 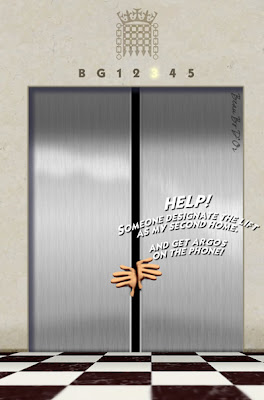 As the expenses row escalates and public confidence in our Parliament of Magpies plummets, the question is: what will be the effect and what can we do?

In answer to the first question, I'll offer this. As with any breach of the covenant of trust between the public (who invest it) and their elected representatives (who enjoy it) that lies at the heart of any democracy - and that is exactly what this is, a breach of that democratic covenant - the effect of it will be far-reaching and unprecedented. This will bypass party politics and descend to constituency level.

If the abuse of expenses is as widespread as it appears to be, the result will be that, come any general election, the parties will become less and less relevant as the conduct of the individual sitting member comes under the electron microscope scrutiny of the voting public in their constituency. If the sitting MP is 'dirty' in the eyes of his or her constituents (forget the bent 'rules') he or she can expect to receive the order of the boot in short order. Who benefits? Naturally the challengers will gain in some way, especially if they are new candidates. Probably, you will see seats switching hands on the strength of this issue alone.

But if there is also a wider perception that one of the main parties has been even more rapatious than the others, in some sort of emergent consensus of who is the least awful of the three, then it is possible that this will also influence the voters' decisions at constituency level - but only in terms of who they decide should replace the rotten, sitting MP. In other words, it is possible that if, say, the population decides that the Tories, while greedy, have been less contemptuously acquisitive than the Labour Party, then they will benefit from this enormously in the polls, and, of course, vice versa. The Tories will be praying this will be the outcome, but I think they're pissing in the wind if they really believe that this perception will develop, though. Likewise for Labour - only doubly so because they are 'the government' so it will inevitably go harder on them, and rightly so.

The real danger here is that voters will find themselves alienated from all three major parties. I say 'danger' not because it's undesirable to smash the party cartel which, it must now be clear to all except, well, MPs - far from it - but because this will not happen thanks to there being 300 local, anti-sleaze, independent new members of parliament after the next election, but thanks to the votes being split all over the country. The only ones that can benefit from split votes are extremists. My father said it yesterday: we are bloody lucky there isn't an Adolf Hitler waiting on the sidelines ala 1932, because that's how vulnerable these useless, money-grabbing, grubby little people have left the country.

We've got to stop the extremists from benefiting from the craven behaviour of morally bankrupt Ministers, MPs and, to an extent, other 'top public servants'.

The second question follows on from that: what can we do. Well, I like Old Holborn's idea, that we, the citizens, start making official complaints about rather than to MPs.

You too have the right to report a corrupt minister to the police. You are simply a citizen doing your duty. They are legally obliged to log the call and investigate.
What are we all waiting for? Seriously.

I totally agree. And if that helps to hasten the demise of Brown's hopeless regime, so much the better.

But it also stretches beyond these terrible ministers of greed. It's all MPs who should be placed firmly in the firing line, and by the only people to whom they are genuinely accountable: the people who put them in Parliament in the first place - their constituents. I think we should demand a chapter and verse explanation from each and every one of them about each and every claim they have made since the last parliament. Any expense that is not justifiable in the eyes of their constituents should be repaid immediately. Their penalty should then be left up to those same voters who will choose whether they get to keep their jobs or not. People like Hillary Benn will come out of such a process with reputations enhanced, we should remember. (I'd like to know, incidentally, what he and Ed Millipede feel about the behaviour of their colleagues - and why they didn't feel they could behave the same way. That would be interesting to hear).

Party leaderships should order this mass confessional - and lead by example. They cannot dodge this issue, as Brown, Cameron and Clegg appear to have sought to do thus far. If they continue to go down the 'police investigation of the leak' and the 'suing the Telegraph' routes, they will look increasingly high-handed, out of touch and, above all, anti-public. Fair warning to them now: they will reap a very violent whirlwind. They - and only they - will be completely culpable if (when), for instance, the first ever BNP [socialist-nationalist] MP is sent to parliament.

So action is most definitely required. And there is an opportunity here for David Cameron to show if really does have what it takes to clean up the system and form a new kind of genuinely open, clean government. In order to demonstrate to the people that he has moral authority as well as the backing of his party, he must decide to take the following course of action: any of his front bench caught if not exactly fiddling then certainly 'playing' the system in ways unbecoming of a future government minister, he must simply fire them - en masse if need be - withdraw the whip, as he did with Conway, and then send them back to their constituencies to face the music. That would be painful - but pain is what's required here.

If he does that, he could demand that Brown and Clegg follow suit. For Clegg that would be no big deal, frankly. But for Brown, whether he agrees to it or not, it means the end of his government. A general election will be triggered. During that election, Cameron and Clegg will at least have a case to make before a sceptical and seriously embittered electorate. In turn, this at least could ensure that extremists do not make the progress that the alternative - a moral vaccuum at the heart of British politics - will guarantee.

Will Cameron and Clegg have the guts to make the running?