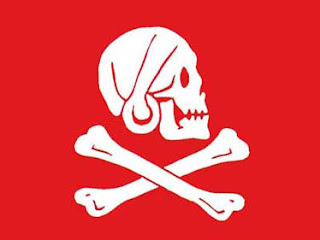 With the imminent rebellion of Left wingers on the back benches over the planned privatisation of Royal Mail already a major headache for Brown and Labour, it will be a shock for them to discover that over at socialistworker.co.uk, favoured organ of your more hardline red, they are being held responsible for the expenses scandal, too. Someone called Simon Basketcase writes:

The Tories at least are aware of the damage done by the scandal. David Cameron has let it be known that it will make it more difficult for an incoming Tory government to attack public services and cut benefits.

This is truly a scandal for Labour. That rich Tories use our money for their moats or chandeliers is as unsurprising as it is offensive. But Labour is supposed to be different.

Over the years many a former left wing MP has ended up seduced by the perks of parliament. But this is more fundamental and systematic.

When one is in power one gets friends in low places. Because Brown and New Labour have been in love with business for so long, they don’t even notice when they adopt business practices – fiddling the expenses and feathering their own nest.

Some stupid old Tories claiming expenses for messing around with their piles in the country has undoubtably provided more manure for the fertile imaginations of these students of Karl Marx. But that seems not to bother them as much as the fact that their comrades in parliament have been, as the author puts it, 'fiddling the expenses and feathering their own nests' too.

(Hat tip to excellent blogger Prodicus here). That one of their own, left winger and part-time comedian Bob Marshall Andrews, a rich QC, has been troughing it like there's no tomorrow (for him, that's true) will send them apoplectic. As Simon Basketcase says:

The New Labour government is in terminal crisis...When the next politician decides to lecture ordinary people about their behaviour or the need to make sacrifices, an angry mob should burn them out of their second home.

Man the battlements, then (literally, in Douglas Hogg's case) and prepare for a siege. This is very serious for Brown - if it could actually get any more serious - because the assault from the left flank, who now regard themselves as 'True Labour', or maybe the 'Real NEC'? - well, something that distinguishes them from running dog, splittist, reactionary, crypto-fascist NewLabourism - is very real and gaining momentum.

There could be dire consequences for Labour, in terms of its very existence, never mind its status as one of the two main parties, if the Left goes for all out attack. Basketcase again:

But in order to achieve anything, the union leaders have to encourage a fight against the government instead of slavishly following the Labour Party.