The Fattest Piggy Of Them All 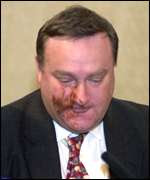 For sheer, spectacular hypocrisy this one is hard to beat. This is (one-eyed) Brown's pitbull who suspended fellow Labour piggies Morley, Chaytor and Malik for those fraudulent mortgage claims.

But this trougher is so high and mighty he couldn't even be bothered with the minor detail of receipts, effectively making the nearly 19-large for grub a tax-free gift from the general public. Nice work.

One more smallish matter: I wonder how much of the 19k's worth of 'food' came in liquid form. Maybe it doesn't matter much any more - the scale of the pocketlining has been so massive that this parliament is dead anyway - but for some reason the thought of Nick 'Cowburner' Brown filling up on fine wine at my expense makes me feel like exploding. 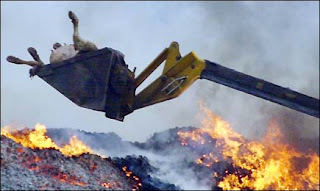 Tell you what Nick my boy, I'll settle for a police investigation into your £18,800-worth of suspicious expense claims and possible fraud. See you in court, Brown.