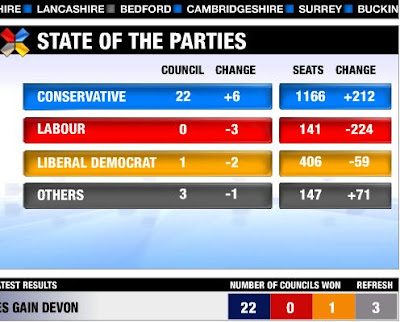 The results so far (as of 7.10pm) show a potential wipeout for Labour. Below is a useful guide from PoliticsHome which gives you some idea of the best and worst case scenarios for the parties. 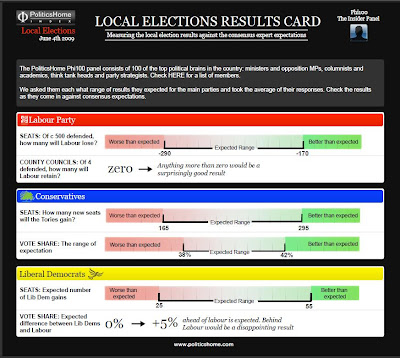 What's now indisputable is that the Tories, with three more councils to be declared, are heading for a major victory. Labour is heading for a China Syndrome-type meldown. In spite of some early gains, the Lib Dems have failed to make any inroads and could be heading for a very bad result indeed.

Frankly, for the BBC to be spinning like crazy that this is somehow not an utter humiliation for Gormless Brown (they're more or less glossing over the results on their news channel) is outrageous. Labour now has zero county councils in the UK. Does the Beeb and its Labour buddies think we are stupid and blind? You know, I think they must.