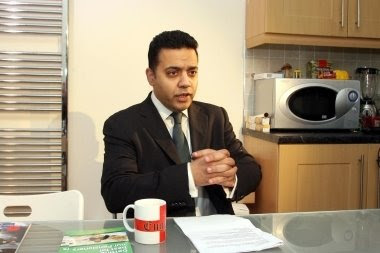 The Telegraph seems to be as angry as the rest of us at Labour's offensive attempt first to cover-up the report into scamster MP Shahid Malik's irregular housing arrangements and then to shoe-horn him back into a ministerial position with indecent haste (at least arch sleaze-merchant Hain had served a bit of time out of the cabinet before he was brought back, laughably). They've gone after him again - and this time it's very hard to see how he can survive in the House of Commons, let alone as a minister of the Crown. The story goes...

The Communities Minister claimed the maximum second home allowance for his London property while the office on the ground floor of his constituency house was funded through a separate parliamentary “office” expenses system.

The Daily Telegraph disclosed on Wednesday that Mr Malik had claimed more than £6,500 for a property described only as “office 2” on his parliamentary claim forms.

The minister had declined to tell this newspaper the location of the taxpayer-funded “office 2”. However, it can now be disclosed that “office 2” was the ground floor of his constituency home in Dewsbury.

Mr Malik said he needed the extra office space because the constituency office he inherited was not big enough.

However his expenses files show that he moved out of the original office into a new office in April 2006 but that he continued to submit claims for “office 2” until at least April 2008.

Mr Malik insisted last night that he paid rent separately for the “living area” of his constituency home.

However, no formal rental agreement exists for the “living area” and Mr Malik would not disclose how much rent he paid.

Both the constituency office and his constituency house were owned by controversial landlord, Tahir “Terry” Zaman, a friend of Mr Malik. Mr Malik stepped 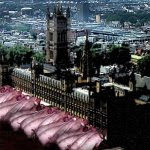 down as justice minister last month after The Daily Telegraph reported his landlord’s claim that he was paying well below the market rate for the rent of his home in his Dewsbury constituency.

Pretty much banged to rights, then. But there is a lot more to this story than this guy's double-, dodgy- and over- claiming on expenses. What about Gordon Brown? Why did he bring this toxic man back into his cabinet so soon - before the report into his activities had even been digested? It's difficult to say, but I would hazard that the answer is something along the lines of 'sheer, bloody-minded, stubborn contrariness'. That's what motivates Brown's decisions most of the time. Not common sense, certainly not facts and never - and I mean never - the voters' will.

Well, not only has Malik been caught red-handed for his venality - twice - but this time Brown's also been caught-out. He's been caught with his pants right down on this occasion for his poor judgement, for his inability to strike the right moral tone (unlike David Cameron) and for his total lack of credibility on this issue (or any other for that matter). How can he be the 'right man' to 'clean up Parliament'? The answer is, of course, what it has always been: he isn't and never was. There is such a huge gulf between what he says and what he does, the public can only conclude that he is either utterly incompetent or ruthlessly dishonest. Either way, he cannot be trusted. As the Telegraph reports:

The disclosure threatens to undermine the Prime Minister who only returned Mr Malik to government earlier this week after receiving assurances that his financial affairs were in order.

It now appears that Downing Street failed to scrutinise Mr Malik’s expense claims thoroughly before allowing him to hold ministerial office again...Mr Brown reappointed him as a minister on Tuesday, saying that an investigation by Sir Philip Mawer, the Prime Minister’s adviser on ministerial rules, had cleared Mr Malik of any failure to comply with the Ministerial code.

On Wednesday, after calls for publication from figures including Sir Christopher Kelly of the Committee on Standards in Public Life, Mr Brown backed down and promised to publish an edited summary of the document.

He ignores advice and makes ill-informed, incorrect decisions based on his own stubborn prejudices and then blames everyone else, the 'system' and/or America for the chaos that he subsequently causes. That's Brown.

Only a day after reappointing Mr Malik to the Government and clearing him of breaking ministerial rules, Downing Street failed to endorse the minister’s actions.

Speaking to journalists at Westminster, Mr Brown’s official spokesman made clear that it was up to Mr Malik to explain his use of public money.

The spokesman said: “If you have any particular accusation that you’d like to make towards Shahid Malik you should make them and you should give him an opportunity to respond to them.”

Hang on, didn't you know whether the guy was clean before you re-employed him Mr Downing Street mouthpiece? So you see, the 'subsequent chaos' about to erupt in this case is that Brown is going to have to fire a minister he re-hired about 48 hours before, with the deluge of embarrassment for the government and for Labour generally that will come with it. It is so utterly amateurish it's difficult to know which part to ridicule first. Even I, a dyed in the wool loather of Brown, wouldn't have thought he was capable of screwing-up again so rapidly and so completely after the spineless thickies on the Labour back benches had given him his lifeline. I bet those ministers who backed him are wondering what possessed them. How could they imagine this disaster of a leader could change?

There might be a couple of ministers still in Brown's court: the two Balls...erm...Mandelson(?) and, of course, the rehabilitated sleaze king himself, Peter Hain. The rest? Much more of this kind of publicity and they'll be queuing up to stab him in the back run away. And Brown? Ah, Brown. Back to the bunker for you then, mein fuhrer. You'll be safe there. For a while.
Posted by Jon Lishman at 6/11/2009 01:53:00 am