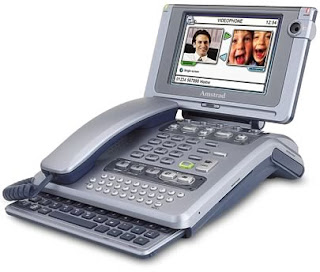 All you need to know about Alan Sugar in one picture
Hard to believe though this is, The Times has just reported that there was more to Sir Alan Sugar's visit with his mate Gordon Brown earlier today than the former trying to get a government contract for millions of unsold Amstrad 'Superphones'. (There are only three in the world and they all appear on The Apprentice: one in the house, one for Sugar and one for his secretary).

It seems Sugar is about to be brought into government using the now time-honoured "peerage and parachute" technique. To do what, exactly?

The gossip is that Sir Alan Sugar's visit to Number 10 was not a courtesy call. It is suggested that he has been offered a role in the Cabinet and has accepted. This seems far fetched, but the source is good enough to make it worth recording at least.......

Dear - oh - dear. I suppose he could be coming in to help Brown with his purge. Sugar said, almost famously: "I don't like schmoozers, bullshitters, liars or arselickers." Well, Sir Al, if you apply those standards of human resources management to Downing Street, the whole bloody cabinet will have to go, including Brown. In fact, that pretty much accounts for every MP and Peer in Parliament.