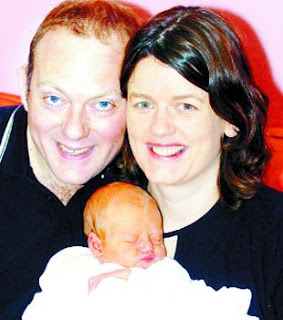 Kitty Ussher: spending more time with her alien
I'm quitting for the sake of my kids, says tax evader and [ex-]government treasury minister, posh southern socialist MP for Burnley, Kitty Ussher. According to the Telegraph, she claims she has never done anything wrong whatsoever and that she had always intended to quit. Er, right. So that's why you accepted the ministerial appointment 12 days ago is it Kitty cat? Pull the other one, it's got a fur ball on it.

Her remarks to The Lancashire Telegraph just two months ago bear repetition if you don't think I'm being fair.

BURNLEY MP Kitty Ussher has defended her decision to school her children in London and said “I am still in love with Burnley”.

The MP said she has been shocked by the reaction since the news was exclusively revealed by the Lancashire Telegraph last week.

She said that “nothing has changed in practical terms” and that she would continue to split her time between her home in Brixton, South London, and her constituency base in Burnley.

And she said that her working life means she had no choice but to send her children to school in London, even though “the education in Burnley is better”.

Mrs Ussher, who serves as a Pensions Minister, said she would now name her terraced home in Brixton as her principal address.

But she said that weekends and school holidays would be spent at her home in the Healeywood area of Burnley.

Mrs Ussher, who was elected in 2005, said: “Parliament sits from Monday to Thursday in terms practically identical to school terms.

“If I want to keep us together I have no choice but to send them to school near Westminster even though the education in Burnley is better.

“I am 100 per cent committed to my adopted home of Burnley and I’m very proud that my children have Burnley on their birth certificates.

“But anyone who suggests that I should split my family up for the sake of my job should be scorned and derided.”

Mrs Ussher said she was keen to remain as the town’s MP.

==Update==
Just to clarify: The Guardian is now saying she was actually sacked as a minister. Her claim that she decided months ago not to stand again as an MP is what I was attacking, mainly because it's not true!
Posted by Jon Lishman at 6/17/2009 10:24:00 pm