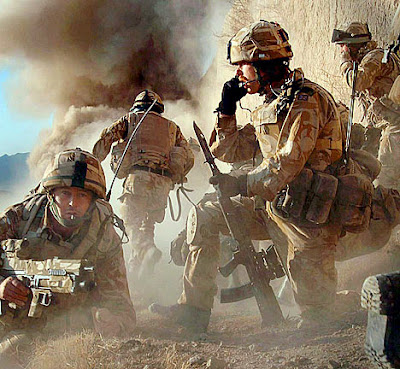 Brits who truly deserve "expenses" (but get nothing)

A letter to the Telegraph today shows the impact the expenses scandal is having on our troops', currently in combat in Afghanistan, morale. For all those readers who still imagine that this scandal is not overly serious, this should put that view in sharp perspective. Westminster losing the faith of the armed forces is extremely serious and provides further evidence that this is the worst constitutional crisis this country has faced since 1909. I'll say it again - and I'll keep saying it until it's gone, gone, gone: this parliament is a dead, stinking corpse and must now be buried.

SIR – Can someone put me in touch with the MPs' financial adviser? My troops here in Afghanistan are eager to claim for second-home allowances, furnishings and a reduction in council tax charges for the palatial accommodations we find ourselves in, courtesy of MPs.

We have also found it difficult to commute to our normal, fully-taxed homes in Britain.

Brilliant. MPs have put him in harm's way while venally feathering their own nests. They had better pray nothing happens to this soldier. The public mood is turning ugly because it shares this fighting man's anger: all they (we) need is a battle cry - or a martyr - to rally around. The pressure on this government - or David Cameron - to dissolve parliament is growing hourly.

An ostensible betrayal of our fighting forces is the final straw. Little piggies: you better believe it!
Posted by Jon Lishman at 5/14/2009 02:02:00 pm