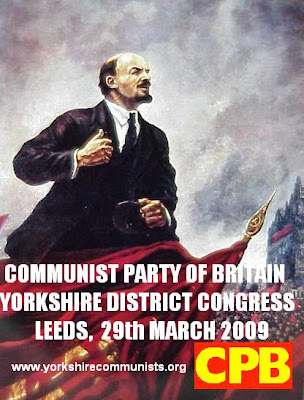 ...we should kick out the money-grabbing new Labour elite who are dragging the party's name through the mud - and keep the decent old Labour MPs who are serving working people rather than riding the expenses gravy train.

Harsh words - and after the hammering Labour took from Socialist Worker too, one might be forgiven for thinking there's a pattern emerging here. Bear with me as I make the case with a series of falsifiable premisses:

The far left inhabit the unions; the unions pay for the Parliamentary Labour Party and keep it afloat - just about (it is bankrupt, after all); the far left has been made to feel as alientated from what they call 'the labour movement' as ordinary labour loyalists; they will begin to agitate from within the unions for the leadership to be overthrown; they will begin to withhold funding donations until the leadership is overthrown, crippling the parliamenary party; the Labour leadership will be overthrown in June of this year.

This is no longer idle speculation. An invigorated and resurgent Tory party is one thing, but Brown and the entire Labour hierarchy better get their furry little minds set firmly on the real threat to their authority - to theirs and their party's futures, in fact: the threat from the left.