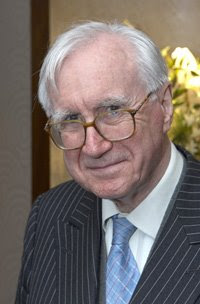 Lord Rees-Moggy of Dead Right
I've been commenting with my trademark hysteria all over the online 'place' recently that this parliament is now worn out, has lost its authority to legislate and must be dissolved immediately. I've also been attacking other things. In response to Lady Mandelson's ridiculous piece of cringe-making hoonery in today's Observer, for example, I wrote:

Remember, folks, as the productive heart of the economy that is (was) privately owned manufacturing - which has declined every year since Labour came to power, by the way - heads towards freefall thanks to Brown's bust, this man is saying we should spend more and more and more - and more - to.....well, to do what? Replace the lack of growth with short term injections of tens of billions of pounds worth of borrowed (and now printed) money.

This is the road to absolute ruin. And only people as desperate - but still arrogant - as the Brown/Mandelson crew would want you to believe otherwise. NO ONE believes them (outside the narrowing confines of tribal Labourites, naturally. Aka: Lala Land).

The car industry is about to collapse. The steel industry is about to be liquidated. The unemployment demography is about to hit that critical phase where skilled and professional workers are the ones hit en masse (they will leave the country to find new work - with crippling consequences to any possible recovery in that sector).

And this article, my friends, is the best your "business minister" has to offer. "Me and Gordon - hey, we're great and we've got it covered." Well, no. You're not 'all that' and you most certainly are not the answer to this catastrophe. You're the cause of almost all of it - the cause of a situation whereby, thanks to you and your party's inept policies, of all the OECD nations Britain will be hit hardest and experience the deepest and longest recession - itself likely to be the worst we have ever experienced.

I give you, the people, our (unelected) Minister for Handling Recession PR: "Lord" Mandelson. Fired twice: now (somehow) back in the frame - and still terrible.

Oh God, this country needs a general election, if nothing else than to eject the most corrupt and devastating government ever inflicted upon us.

This piece of abject, latenight ranting has received 209 recommendations so far. Extraordinary. (There is a far better comment on this latest piece of Mandelsonian gobshite by someone else here, incidentally.)

But the death of this parliament is the most important theme and I've finally found a member of the mainstream media commentariat who seems to agree: Willie Rees-Moggy, no less, himself a peer of the realm, er, no less (again). He concludes in his piece in tomorrow's Times:

...this system is no longer acceptable to the public and will need to be changed.

These changes ought to be agreed and ratified by a new parliament, rather than by the present one. The new House of Commons would represent the current view of the electorate. After all, 2005, when Tony Blair won Labour a third term, is now a long time ago. Since then Mr Blair has retired and there has been a very serious recession, apart from the parliamentary scandal itself. I cannot remember as exhausted a Parliament as the present one.

This is a message that must be sent loud and clear to the 'exhausted parliament': any changes they now make must be ratified by a new parliament chosen by us, the electorate, through a general election. This parliament does not have the competence any more, frankly. Nor does it enjoy our confidence after having shattered the covenant of trust that lies (or, perhaps, used to lie) at the heart of British democracy.

But there is an ulterior motive to this call and I'll be honest about it: the likely outcome of this essential election is the ousting of Brown and his hapless, decadent, smouldering ruin of a government. However, this outcome is just as vital to the project of rewriting the old contract between the body politic and parliament that's been so precipitately and habitually breached with an almost casual disregard for decency and probity as the dissolution itself. As Moggy says:

The electorate also want to see a new Prime Minister. If 61 per cent of people think a Prime Minister has “completely lost authority” that is a political fact. Mr Brown is, of course, partly blamed for his share of responsibility for the expenses scandal, but he has to take almost the whole blame for the weakness and lack of grip on economic policy. People who have lost their homes, their jobs or their pensions blame him. He has controlled British economic policy for the past 12 years. If he is not to blame, who is?

Hey, this cat is dead right. The buck stops with Brown, since Blair is now gone (thanks 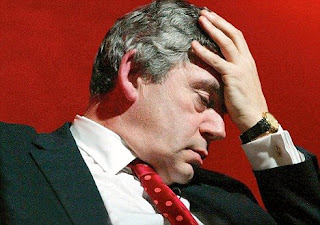 Well, it's finally dawning on them all now. Never too late...