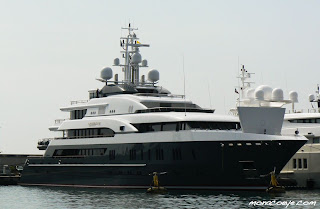 'Lord' Mandy: Off On Holiday
Apparently, being a total failure in your post and being unelected qualifies you for fast-track promotion in Brown's cabinet. Lord Mandelson of Rio is about to be made Foreign Secretary in a reshuffle after the June wipeout for Labour elections, according to the Financial Times (how they know?).

Mr Brown’s allies say they expect Lord Mandelson, business secretary, to be given his dream job at the Foreign Office, taking the post once held by Herbert Morrison, his grandfather.

David Miliband, foreign secretary, would be found another senior post but any move would be seen as a demotion for a man seen last year as a potential leadership challenger to Mr Brown.

Big snub for Millipede, then, and a huge prize for the man who has presided over the controversial Royal Mail sell-off (unresolved), the failed car-scrappage scheme (fiasco) and who will leave British retail, construction and manufacturing in a far more precarious state than when he was bribed to take the job with a peerage by his arch enemy, Brown. An EU commissioner's pension, a juicy ministerial salary, a Mayfair home tax-free - oh, and the ermine: it must've been a tough one for the feline old crook. Nice work.

In the same article, scribed by the pink rag's 'political insider', it's claimed that Jackboot and Chipmonk are out:

It is taken as given in No 10 that Jacqui Smith, home secretary, and Hazel Blears, communities secretary, will be demoted as a sign that the prime minister will be tough on those caught up in the expenses furore.

Mr Miliband could be moved to the Home Office, but that would depend on whether Mr Brown needs to find other employment for Alistair Darling, chancellor.

Mr Darling is regarded by Mr Brown as having done a good job in steering the economy through the recession.

"Done a good job in steering the economy blah blah!" You are having a l 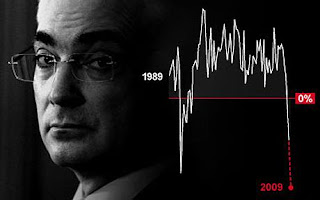 augh, right. On the same newspaper's front page, for example, it's reported that international credit rating overlords, Standard and Poor's, have just downgraded the British economic outlook rating from 'stable' to 'negative', hammering stocks in the morning. This on the back of record borrowing of £8.5 squillion pounds for April and a £17 quadrillion loss on the Mandelson/Brown/Darling brainchild, the Lloyds-TSB merger.